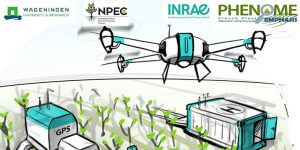 On 27th of November 2020 we have held an online seminar on Field Phenotyping organised by Fred Baret (INRAE) and Rick van de Zedde (WUR – NPEC). The aim of the workshop was to get to know each other better and explore collaboration.

On November 4-5, our partner SMO has delivered and installed two gantries in the NPEC greenhouse. 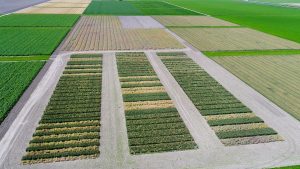 In this article we explain how we apply precision agriculture techniques to improve sustainability and efficiency, to make a farmer aware of exactly which crops have too much or too little of something. 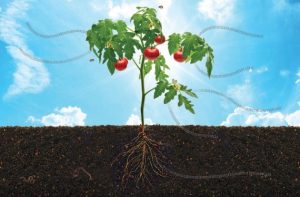 A complex interaction between genes and environment determines the characteristics of a plant. That interaction is the focus of a big new research centre: Netherlands Plant Eco-phenotyping Centre. With the knowledge acquired there, scientists hope to breed robust lettuce. Or salt-resistant potatoes. 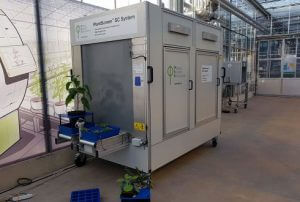 Shared Research Facilities (SRF) of Wageningen University & Research (WUR) has recently purchased a new mobile device suitable to automatically phenotype plants. The company Photon Systems Instruments (PSI) from the Czech Republic has developed the Robin PSI PlantScreenTM system based on specific requirements set by WUR. It has been installed at WUR’s location Unifarm, and it is the first device that has arrived as part of the new Netherlands Plant Eco-phenotyping Centre (NPEC). 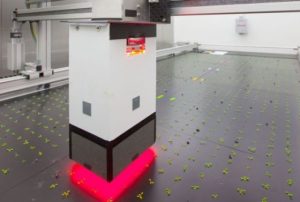 On April 12, the Dutch minister of Education, Culture and Sciences announced the funding of Netherlands Plant Eco-phenotyping Centre (NPEC) as part of the National Roadmap for Large-scale Scientific Infrastructure of the Dutch government. The NPEC facility is an initiative of Wageningen University & Research and Utrecht University.